All of western KS has been included in a high (4/5) threat for damaging straight-line winds especially late afternoon and overnight. Supercells with isolated tornadoes will also be possible initially (late afternoon) before storms congeal into a squall line, especially across portions of northeast CO into extreme western KS (moderate, 3/5 threat) where instability will be coincident with low-level wind shear sufficient for tornadoes. With new development of severe storms and quick evolution to supercells expected initially by mid afternoon as far west as the CO Front Range, including the Denver area, have extended lesser wind/tornado threat all the way to just east of the Foothills. However, the main impact from this severe weather event will be the widespread severe straight-line winds expected across much of western KS after the storms congeal into an MCS, including Goodland, Garden City, Dodge City, KS possibly into northwest OK including Woodward to Enid areas late tonight. 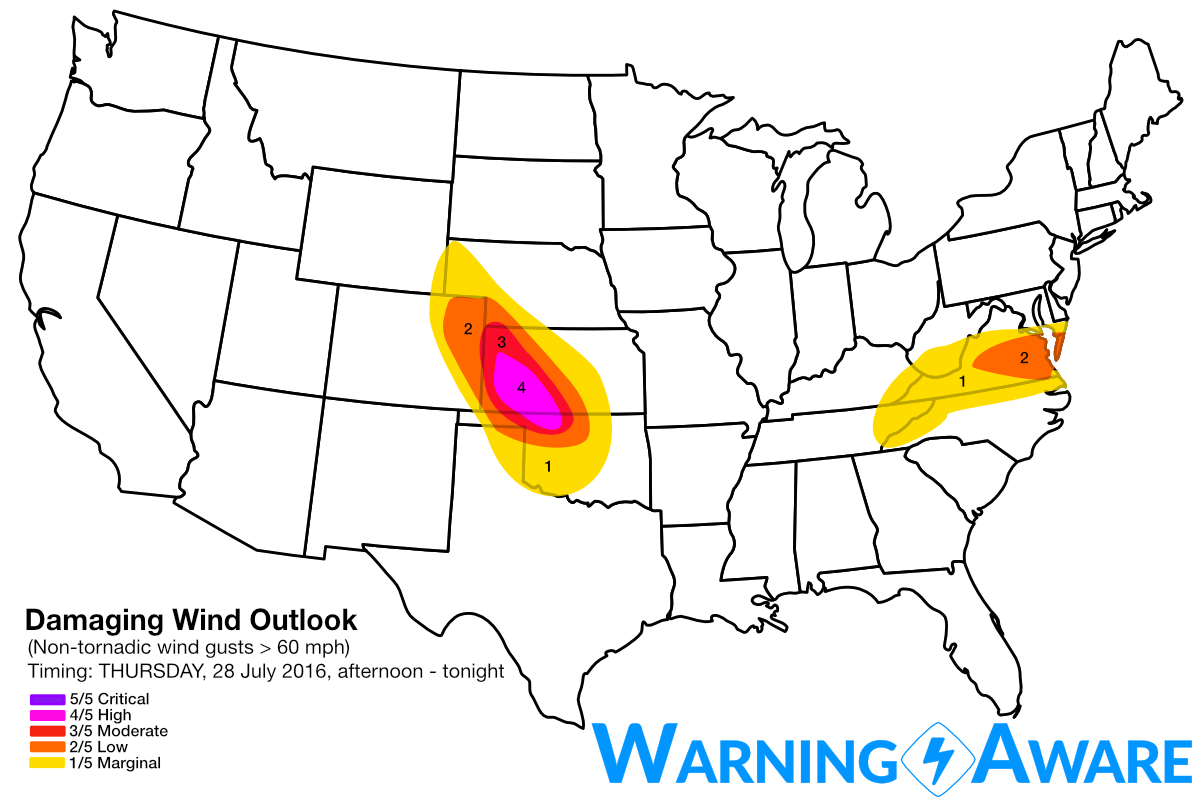 As of late this morning, weakening areas of showers and thunderstorms are moving SE through portions of the NE Panhandle and western KS, with low-level easterlies transporting moisture from E-to-W across the high plains of CO to the west and southwest of this precipitation. Surface heating is ramping up across the southern High Plains as well with surface-based CAPE values soaring through the 1000-1500 J/kg range as of the latest mesoanalysis. Short-range model guidance shows convective inhibition weakening across eastern CO into western KS by 3 pm, with explosive development of supercells shortly thereafter within the upslope environment of Northeast CO. With effective helicities in the 150-200 m2/s2 range expected across northeast CO into extreme northwest KS, these initial supercells will likely yield at least a few tornado reports before merging into a wind producer. Once these storms quickly congeal into a squall line / derecho, the threat will shift to damaging straight-line winds across western KS and into northwest OK this evening/overnight. The 4 km NAM shows a bow echo located across Northwest KS by 7 pm this evening (see below). 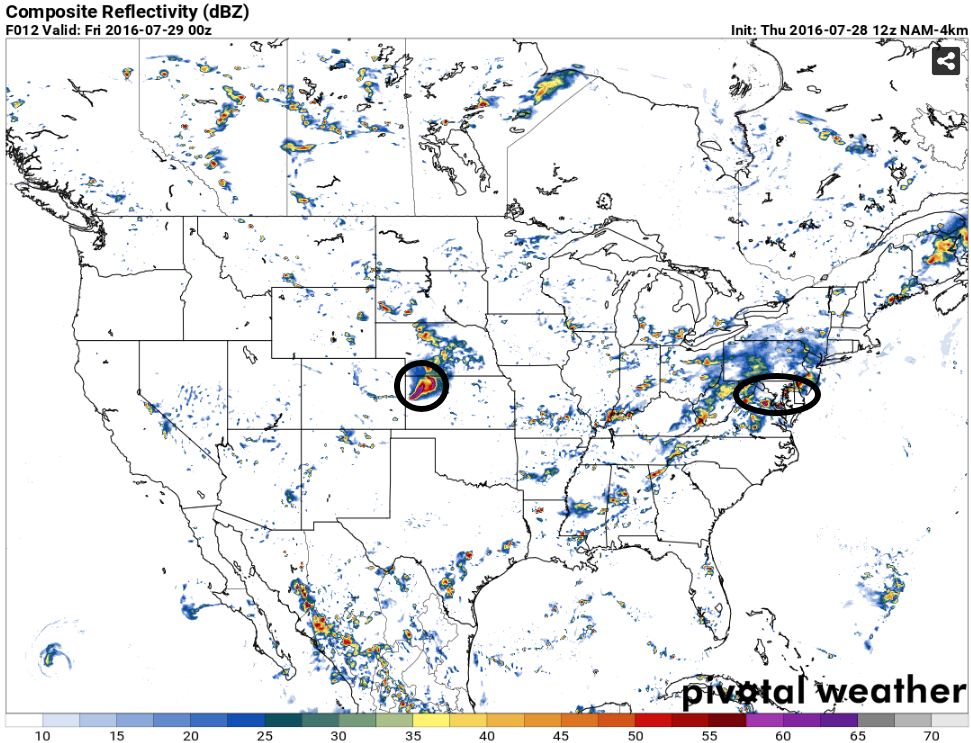 Another area of relatively enhanced severe weather threat is possible this afternoon/evening centered across VA east through the Delmarva Peninsula. Deep moisture and strong instability with sufficient deep layer shear for storm organization will characterize the environment there, with storms expected to initiate over the Appalachians in eastern KY/TN/VA by mid afternoon. Other storms will develop by 4-5 pm to the east across central VA likely with a few dominant supercells. A non-zero tornado threat will exist with any of these supercells especially across eastern VA and the Delmarva this evening.