The northeastern Great Plains through Upper Midwest will be the most active this Saturday afternoon/evening for severe weather once again, this time focused across central MN into western WI. The models are showing multiple rounds of storms today likely with a widespread damaging wind-producing complex organizing this evening and blasting through central/southern MN tonight. At noon today, a widespread swath of showers and storms left over from convection last night is moving through central/southeast MN into southwest WI, with a more linear mesoscale convective system with stronger convection moving toward MN from eastern ND. The lead swath of rain and storms (#1 below) will drop heavy rainfall especially across central/southern WI this afternoon, while the second line of storms currently in eastern ND (#2) will head east into MN. This second complex of storms could weaken initially over western MN as it moves into stable air in the wake of the lead precipitation. All forecast models are consistent with late afternoon intense redevelopment of storms over eastern ND, which will organize into the wind producing MCS for this evening/overnight in MN through western WI. 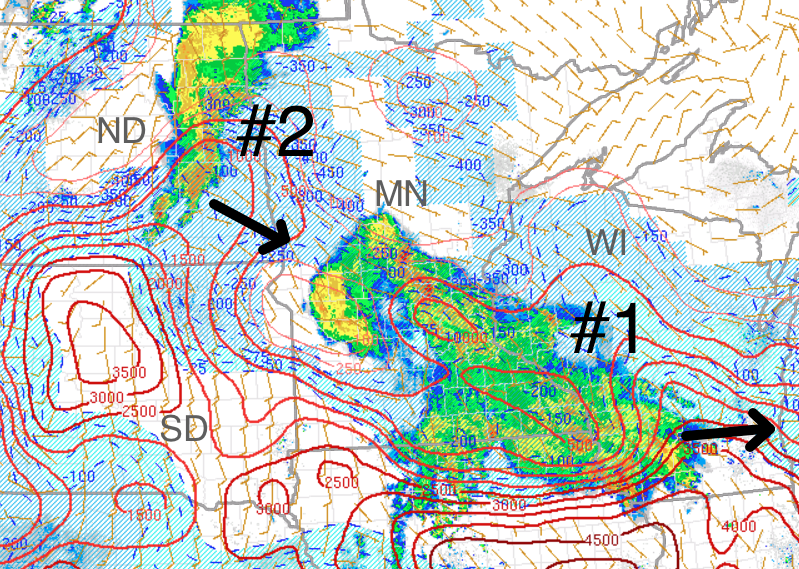 A flash flood watch has been issued for northeast MN (to the north of MSP) through northern WI including Duluth, Brainerd, WI; Park Falls, Harward, and Rice Lake, WI for late afternoon through early Sunday, where several inches of rain could fall in the hardest hit locations. I wouldn't be surprised if these watches were extended south to include Minneapolis through portions of central WI by early Sunday morning, but the heaviest widespread rain should fall north of the warm front across the watch area tonight on the north side of the repetitive MCS track. Below is a sample alert showing the flash flood watch from Warning Aware. 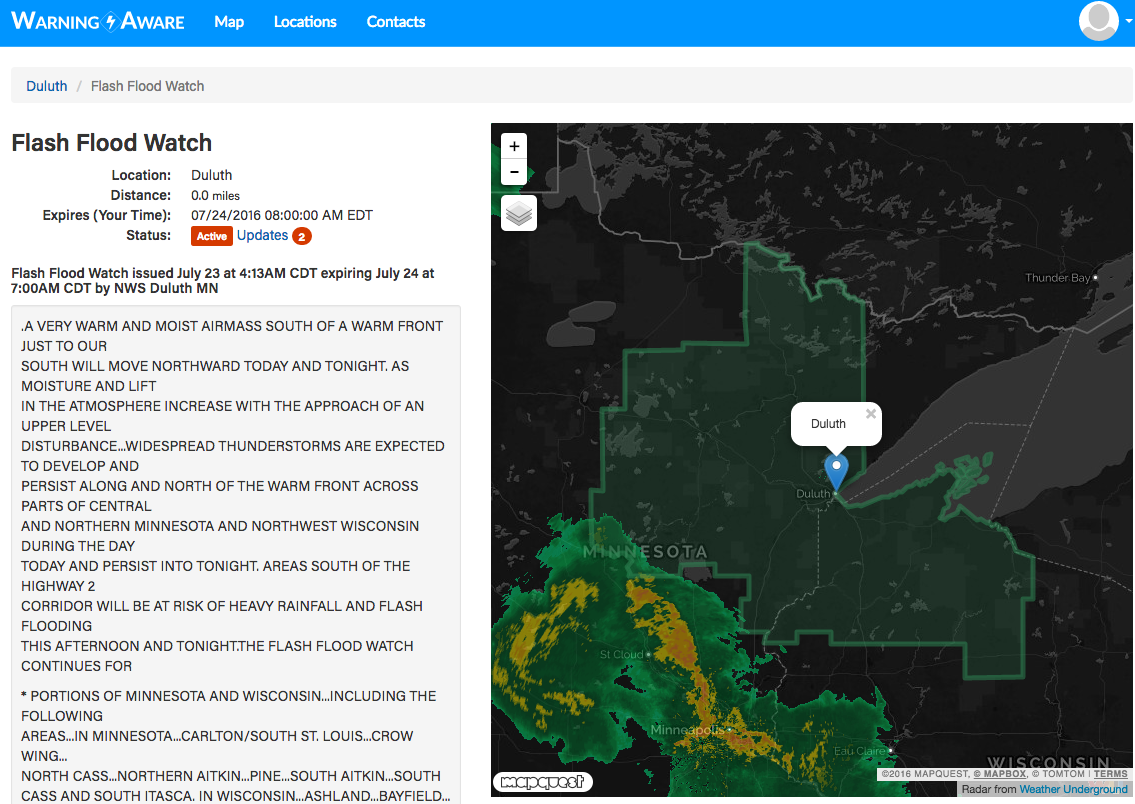 Given the relatively warm air aloft at the northern periphery of the high pressure dome and weak low-level wind shear due to the lack of lower atmosphere pressure gradients, hail and tornado threats are minimal across any target area today. However, an isolated spin-up or brief tornado within especially evening/overnight MCS or especially near MN/ND border this evening before storms congeal cannot be ruled out. With straight-line wind being the main threat across MN, have included much of the central/southern part of that state into western WI in the moderate or 3/5 threat for damaging wind gusts this evening/tonight. Another severe threat could materialize this afternoon across a small corridor in New England, with 2/5 severe straight-line wind threat added across the higher terrain of NH/VT into far western ME. 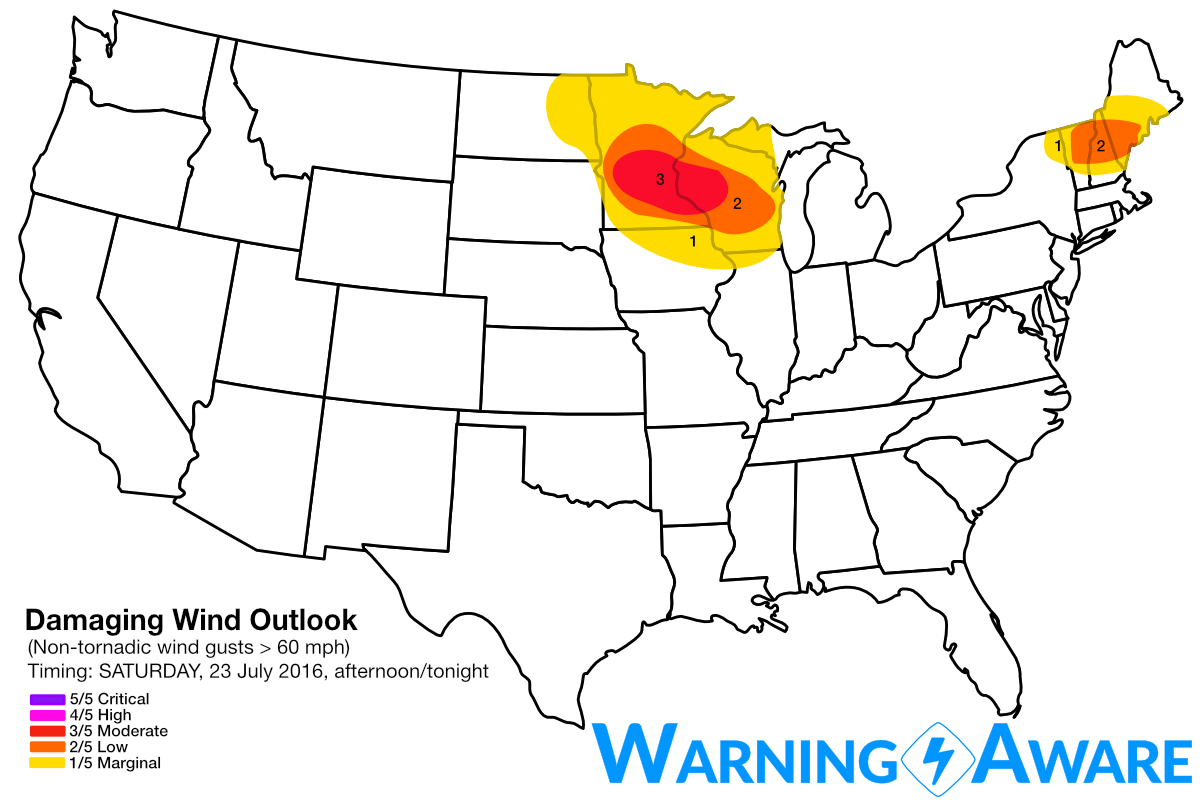