A geographically widespread, but low-end severe weather event appears likely this afternoon and evening across the eastern half of the Ohio River Valley through the central/southern Appalachians to as far northeast as central VA. Overall, relatively weak low-level wind fields and modest lapse rates will mitigate a much more substantial severe weather threat, but a localized tornado threat could emerge along the Ohio River Valley from the OH/KY/IN border and just to the east. Have included this area in a low or 2/5 tornado threat, where locally enhanced low-level wind shear could materialize with an anticipated supercellular storm mode. 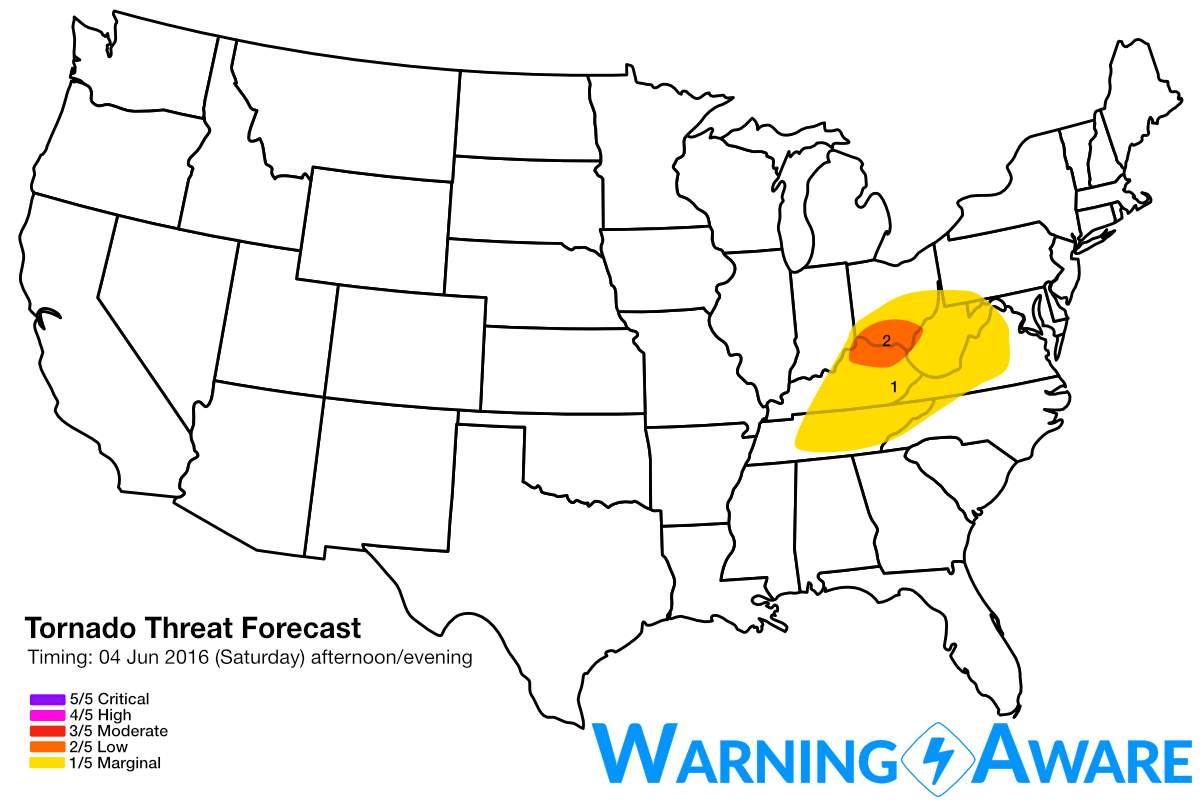 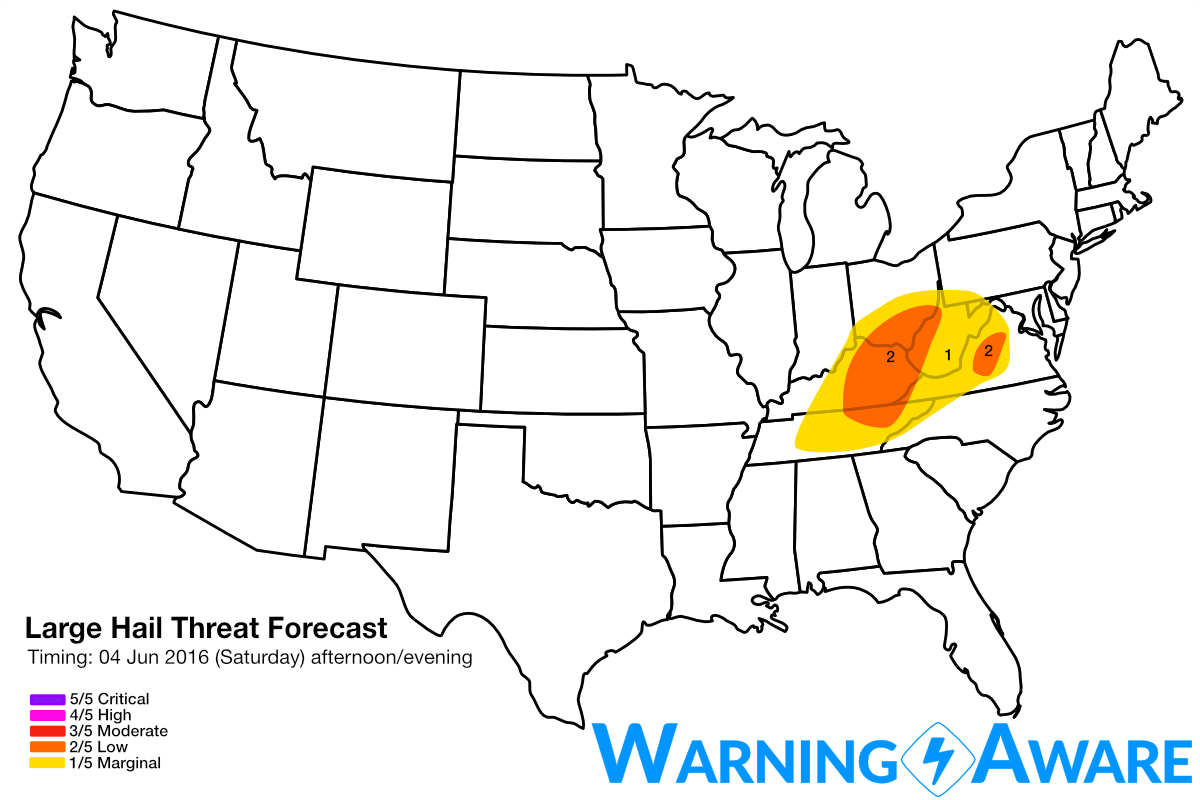 At mid and upper levels, a trough was continuing to amplify over the upper MS River Valley and will eject through the Upper Great Lakes region by tomorrow. A 30-40 knot mid-level jet streak will overspread a moderately unstable air mass across the Ohio River Valley with 70 dew points building north into southern Ohio by Sunday afternoon with a localized 20-30 knot low level jet. While modest speed shear in the lowest 1 km of the atmosphere will be marginally supportive of low-level rotation especially along and just N/S of the Ohio River in southern OH/extreme northern KY, the lack of any substantial backing of low-level winds will limit storm relative helicity. Additionally, the low level jet weakens drastically with eastward extent in the warm sector and is not forecast to increase from late afternoon through evening, so any isolated tornado threat would likely decrease across southeast OH/northeast KY and to the east. Storms should develop first near the OH/KY/IN border region by 2-3 pm and move ENE, and develop along the front to the south through central KY and even TN. Weaker wind shear to the south of the Ohio River Valley should limit the tornado threat with the storms down there.

Another locally greater severe weather (mainly straight-line winds and hail) could materialize later by evening just to the east of the Appalachians in central/southern VA. While a few slow-moving supercells are expected here just before/after sunset, even weaker wind fields than to the west should limit any robust tornado threat.

As this upper-level trough continues to deepen and eject through the Upper Great Lakes Region, a much more substantial severe weather threat including risk of tornadoes will likely happen tomorrow (Sunday) afternoon across portions of the Mid-Atlantic as mentioned in the blog post yesterday. Stay tuned.