A compact but potent shortwave trough will pass through the Great Lakes Region today from the Upper Midwest, ramping up severe weather across parts of Lower Michigan through southern WI, northern IL possibly through northern MO. Late this morning a cold front was moving slowly through western WI and will be focus for redevelopment of strong-to-severe storms by late afternoon (around 4-5 pm) in central/southern WI, gradually building down the front through northern IL, southeast IA, into northern MO. South and east of this cold front, strong instability will build with the heating of the day with widespread dew points near and above 70F and much higher over the Corn Belt Region. 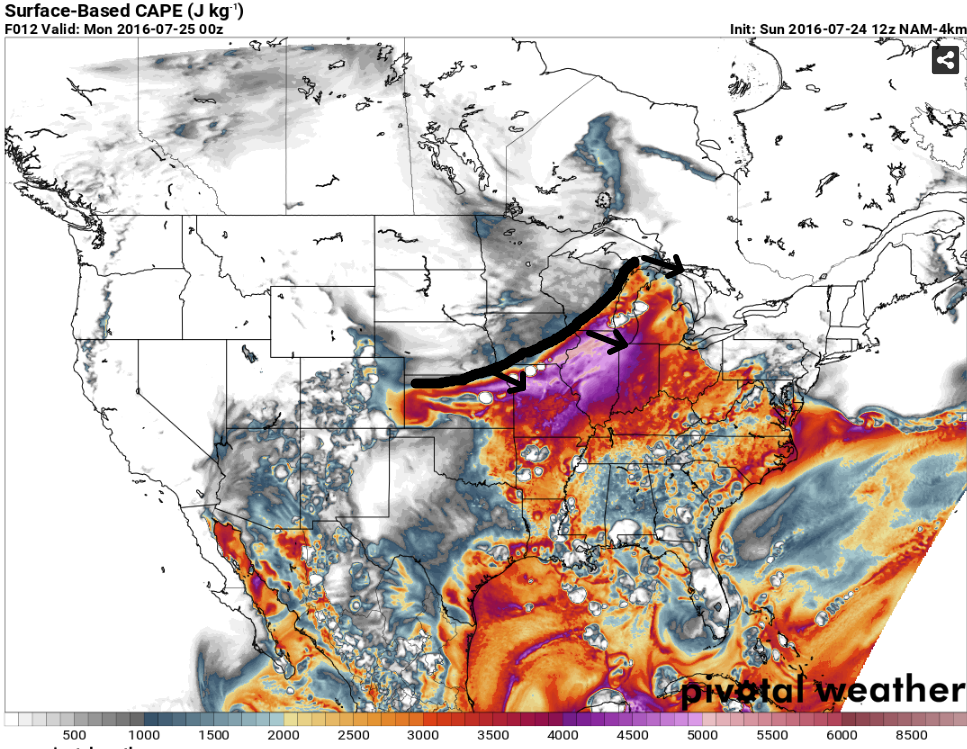 The strongest upper-level winds will remain confined to the Great Lakes Region, weakening substantially to the south and west. Thus, the storms will be much more organized as line segments and even embedded supercells especially early on in the storm development over central/southern WI before they congeal into an MCS. The greatest threat for damaging straight-line winds from late afternoon through overnight (2/5, low) will therefore be confined to southern WI, northern IL through southern Lower Michigan. I included this same area within a non-zero threat for a tornado or two (1/5, marginal) but the cool waters of Lake Michigan likely will act to mitigate any supercell/tornado threat especially on the Michigan side. Still though any severe storm does have the potential to produce brief spin-ups. My dad is in position in Grand Rapids, MI and reported 1/2 inch of rain from this morning's mesoscale convective system, adding that they really need the rain over there. The good news is more much-needed rainfall is on the way for southern Lower MI tonight. 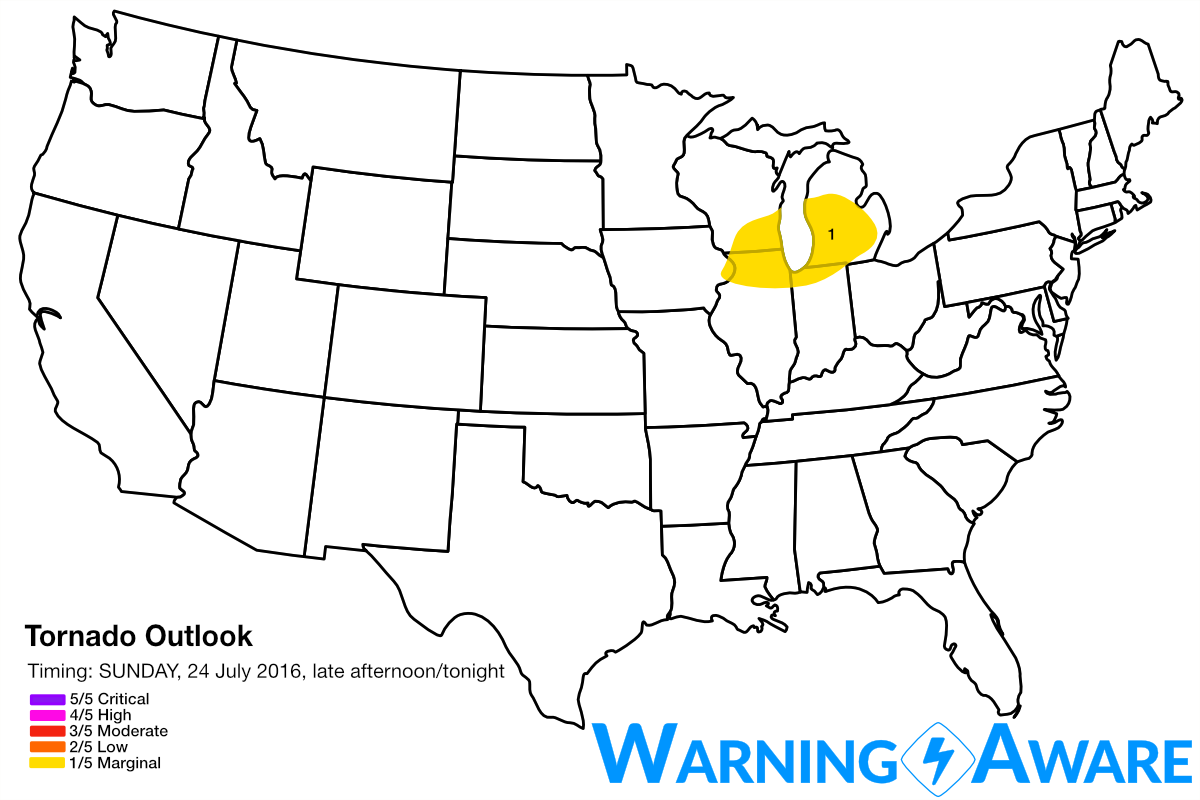 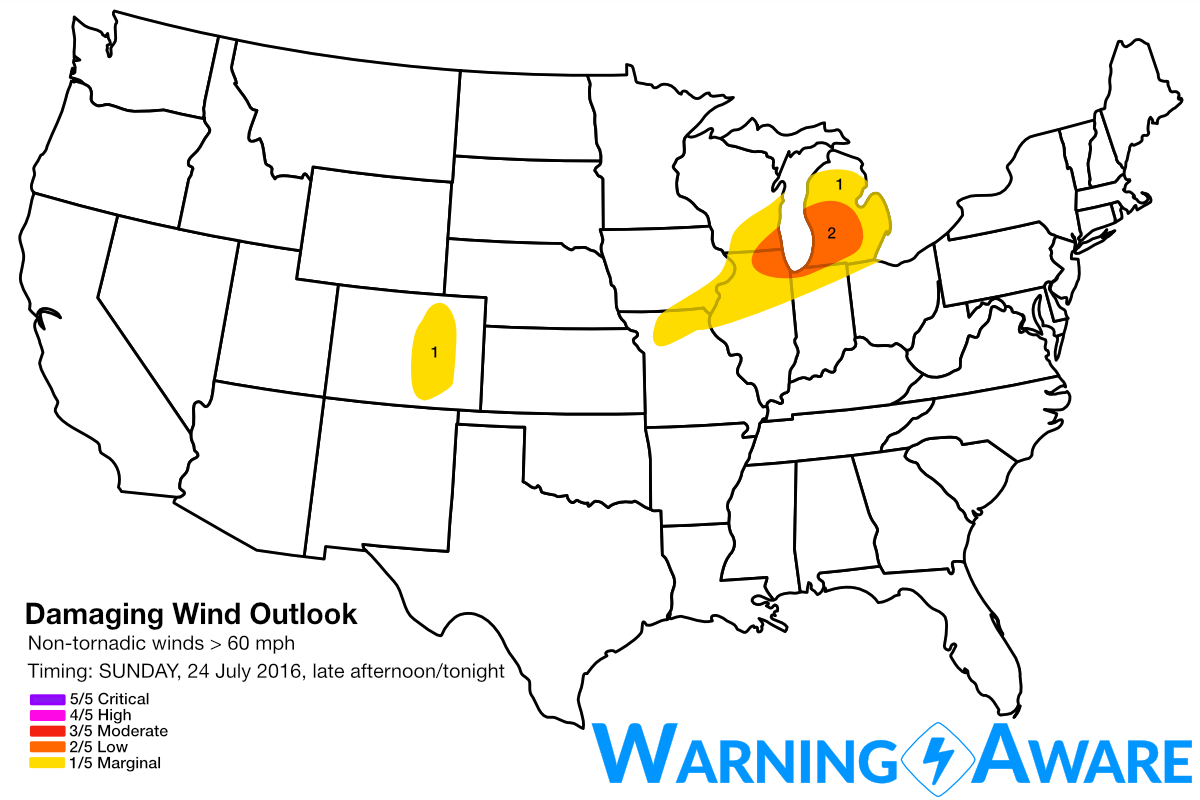 This shortwave trough will continue to move east through Monday, with the severe threat shifting to the Northeast U.S. once again. Similar to today, damaging straight-line winds will be the main threats, but hail will a much greater risk tomorrow in the Northeast with colder air aloft. Stay tuned!