The greatest tornado threat will materialize after 3 or 4 pm CDT just east of the Black Hills, SD likely along the I-90 corridor through evening. Even a strong tornado or two will be possible given CAPE values in excess of 3000+ J/kg CAPE and 200+ m2/s2 effective helicities east of the Black Hills by 5 pm. I've included the latest SPC mesoanalysis forecast plots for surface-based CAPE/CIN and effective helicity for 3 pm and 5 pm CDT, respectively. The CAPE plot shows that the cap will erode around the Black Hills by 2-3 pm with convective initiation expected near the Black Hills and across the higher terrain of extreme eastern WY by the time. Storms will quickly become supercellular and move ESE toward the I-90 corridor by late afternoon/evening with monster hail, isolated tornado potential until the individual cells congeal into a squall line. Then, a widespread damaging straight-line wind event is expected through central/southern SD into central NE.

The most likely scenario will be for 1-2 long-lived supercells to develop on the east or northeast side of the Black Hills by 3 pm and start producing tornadoes by 4-5 pm near the I-90 corridor. By 7 pm (left panel), the coverage of storms should increase dramatically across western/central SD into western/central NE as the jet streak continues to eject over the warm sector. The coverage of storms as depicted here by the 4 km NAM is a little bit in question, with much higher confidence in the evolution of the SD supercells given the stronger cap and less upper-level forcing farther south. 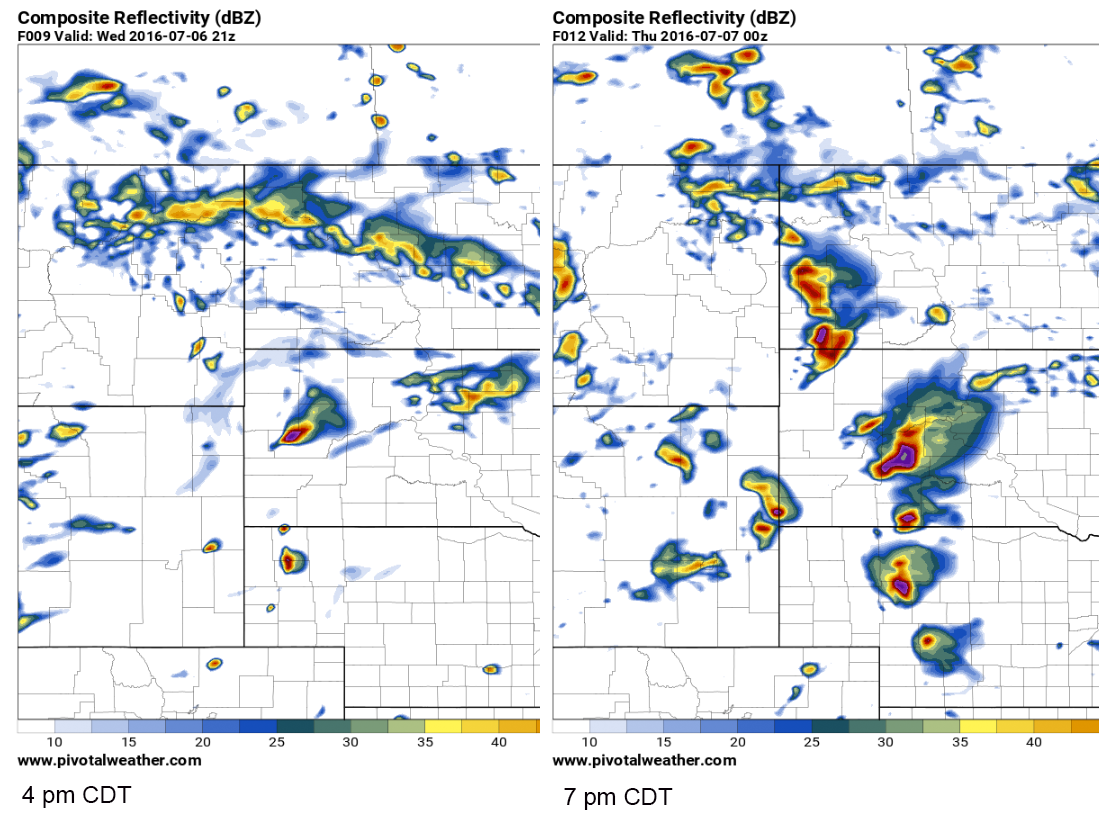 Other severe weather with hail, heavy rain, and straight-line winds as the main threats is also possible to the east across eastern IA/northern central IL southern through the MO Bootheel region, and also high-based storms are likely as far south as the southern High Plains. It seems like July is going to be a much more active month for severe weather and tornadoes than June, with only around 60 tornadoes reported across the entire U.S. last month.